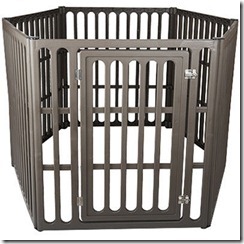 Last month I published an article in Geopolitics entitled “American Dual Containment in Asia.” In brief, I argued that a double containment of both Islamic fundamentalism and of China is the likely US strategy in Asia in the coming decades. The containment of salafism in the Middle East is bound to be hard and violent (as it already is), because Al Qaeda and associated movements are so genuinely revolutionary and dangerous. The containment of China is likely to be soft until the Chinese decide just how much they wish to challenge the reigning liberal democratic order. In the last year, many seem to fear that China is ramping up in this direction. Hence my prediction that India will be a pivot in this containment line. It is a unique ally for the US, because it is worried about both China and Islamic fundamentalism, and because it is democratic. In this way, it is unique among American alliance choices. Here is abstract:

“US grand strategy after 9/11 turned from post-containment drift to preemption. But the costs are high – suspicion of American power, hedging by traditional allies, expensive, go-it-alone ventures like Iraq. Tried-and-true containment better reflects American values. While forward in the world, containment is also defensive. It reassures skittish partners and reflects liberal, anti-imperial US preferences. In Asia, containment would deter the primary contemporary challengers of US power – radical Islam and Chinese nationalism – without encouraging a Bush-style global backlash. In a reductive analysis of US alliance choices, this article predicts a medium-term Indo-American alliance. India uniquely shares both US liberal democratic values and the same two challengers; it is the likely pivot in a US-backed neo-containment architecture in Asia.”

Here are the relevant graphs that, I hope, make the argument clearer:

The good news above is that just about everyone accepts the international status quo – roughly, the liberal international political economy led by the US (what Ikenberry calls “the American system”). While al Qaeda is clearly a scary revisionist – i.e., the they want to dramatically rewrite the international order by refounding the caliphate, e.g. – they are also pretty weak. The only powerful revisionist is China, and no one knows yet just how much she seeks to change things. This is good for the US, insofar as it backstops the international order, and it is also good for the many states in Asia and Europe that function within that order. Although the internal challenges to the liberal order are growing (i.e, the Great Recession), there is currently no powerful and revolutionary external challenger like the Nazis or USSR were.

This graph tries to reductively explain the appeal of India as an alliance partner. It uniquely shares the both the geopolitical interests of the US in Asia; that is, it is worried about both Islamism and China. And it shares our liberal democratic values. Russia is an obvious point on shared interests – the ultimate driver of alliances of course – but it is so erratic and semi-dictatorial, that is still distasteful despite the ‘reset.’

The most controversial part of this analysis is certainly my open claim that China will be a target of US soft containment, and maybe hard in the future. I should say here that I do not want this. I am very aware of the self-fulfilling prophecy problem; i.e., if we openly come out and say China is an enemy or threat, then by doing so, we make it into one. And certainly articles like mine are exactly what the Chinese declaim – a not-so-secret effort by US analysts to keep China down and such. And see Barnett on why I am completely wrong, if not dangerous, about China. But as an empirical prediction, I do think it holds. China’s growth and current values (populist nationalism, deep historical grievance, residual communism) are just too rapidly destabilizing, and I think Barnett doesn’t give nearly the necessary attention to the security dilemma problems China creates on its periphery. (IMO, Barnett overfocuses on China and G-2 coziness, while missing the nervousness in places like Korea, Japan, Singapore, and Indonesia.)   For my own writing on why I think the ‘China threat’ school is likely to win this debate, try here.

Finally, I should say in fairness that my own perception of China-as-threat has declined somewhat, in part because I visited the place. This strikes me as natural; closeness and exposure frequently breed understanding, and I like to think that all the nice Chinese scholars and hospitality I experience were in fact real. But the liberal values of academics exposed to new ideas and travel as a professional requirement hardly apply to populations and elites, especially those as nationalist as China and the US. The misperception likelihood is huge here; remember the Bush 2 administration came in ready to take on China until 9/11 happened. This will likely reassert itself as American dependence on Chinese financing grows and as the GWoT (hopefully) winds down. (Another problem here is the peer-review process. Articles take years to between the first inspired write-up and the end-point of publication. Reviewers send you back to the drawing board, and the pipeline effect means that even after final acceptance you may wait a year or more to see it in print.)