This is a local re-post of an essay I wrote for the Lowy Interpreter this month. The pic is former President Park Geun-Hye, who is now in jail.

So am I the only one wondering what Moon Jae-In is doing talking up foreign policy so much? The only reason he got elected is because of corruption. Corruption is so bad in South Korea that it brought down a president. So can we stop complaining about THAAD, wimping out in front of the Chinese, and flim-flamming on North Korea? The most important issue in South Korea right now is clean government. South Korea needs anti-nepotism laws post-haste. And the chaebol, as Choi-gate revealed, are graft champions too, as well as price-inflating oligopolists. So can we finally start talking about anti-trust action?

Yes, foreign policy is more important that domestic policy in South Korea due to the unique threat of North Korea. But it’s corruption that put Moon in office, not lefty nationalist foreign policy. Moon deserved to win, because the SK right is so corrupt and mccarthyite. But Moon shouldn’t over-interpret his victory as some kind of green light to appease NK and China. The need for clean government is why he’s POTROK.

END_OF_DOCUMENT_TOKEN_TO_BE_REPLACED

This is a local re-post of an essay I wrote for the Lowy Institute in the wake of the impeachment. My thoughts on the Moon election will come shortly. That is Park behind bars in the photo.

I agree with this analyst from the Washington Post who says South Korea just showed the world how to do democracy. That’s a great way to put it and quite correct. And this is all the more impressive as Western democracy embarrasses itself by veering towards illiberalism and norm-breaking.

Koreans always tell me how great Korea is because of hallyu or hansik, but that’s just fluff talking points. This is what really matters. Well done, South Korea. Now tackle the corruption problem for real so that this doesn’t keep happening.

END_OF_DOCUMENT_TOKEN_TO_BE_REPLACED 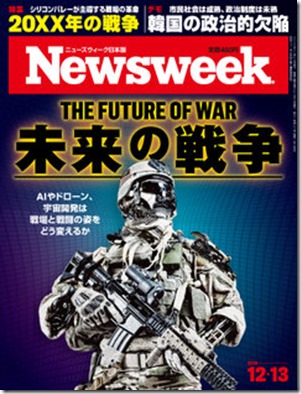 This is the English-language version of an article I published this week with Newsweek Japan on ‘Choi-gate.’

This pre-dates the impeachment vote of yesterday, but the basic point still holds: the Korean public just gave the world a lesson in what democracy looks like. In the 8+ years I have lived here, this is its finest hour. Koreans should be proud of themselves for peaceful protests in the millions on behalf of clean and transparent government. It’s all the more impressive given that the US is about to install an authoritarian game-show host as president. Who ever thought the Koreans would teach the Americans what democracy is all about?

Yesterday, I told Bloomberg that corruption is now, very obviously, the most important domestic politics issue in Korea. Yes, it is still trumped by North Korea, but it is now painfully, painfully obvious that Korea needs much cleaner government. In fact, corruption is so bad, I am surprised that there is no Donald Trump figure entering Korean politics. Yet again, the Koreans prove themselves more democratically mature than Americans.

So yes, Korea’s political class is a corrupt, self-serving mess, but its public is not and that is vastly more important. For all their flim-flam about Dokdo, the curative powers of kimchi, the made-up anthropology of a ‘glorious 5000-year history,’ and all the rest, when it came to the big thing – clean, robust democracy – they got it right in a big way. Props to the Koreans.

The essay follows the jump.

END_OF_DOCUMENT_TOKEN_TO_BE_REPLACED

I wrote a story about the South Korean MERS panic for this week’s Newsweek Japan (available here). Basically, I make the same argument as my friend Se-Woong Koo from Korea Expose (which you really need to start reading). The panic shows just how much South Korea needs to get its act together on public safety and competence in government.

It is ironic that when Park entered office, the biggest fear was ideological – that she might imitate her father’s harsh governing style, or that her term would trench warfare between conservatives and progressives over her father’s legacy. Now – after NIS, the nuclear materials scandal, Sewol, the staffing circus, MERS, and so on – the questions are far more elementary – do Park Geun-Hye and her closest aides just have the basic technocratic skills/focus/interest to run a modern complex country and bureaucracy? I would be surprised if her approval rating breaks 50% again before her term ends. It’s once again around 30%, as it was after Sewol. Competence is almost certain to be main line of critique from the opposition in next year’s parliamentary election.

For previous essays on this topic, go here, here, and here. The full essay follows the jump.