This is a local re-post of an essay I wrote for the Lowy Institute in the wake of the impeachment. My thoughts on the Moon election will come shortly. That is Park behind bars in the photo.

I agree with this analyst from the Washington Post who says South Korea just showed the world how to do democracy. That’s a great way to put it and quite correct. And this is all the more impressive as Western democracy embarrasses itself by veering towards illiberalism and norm-breaking.

Koreans always tell me how great Korea is because of hallyu or hansik, but that’s just fluff talking points. This is what really matters. Well done, South Korea. Now tackle the corruption problem for real so that this doesn’t keep happening.

END_OF_DOCUMENT_TOKEN_TO_BE_REPLACED 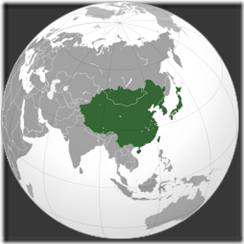 This is a local re-up of a broad predictive overview of East Asian security issues in 2017 published first at the Lowy Institute a few days ago.

The standard first line of reviews like this is to bemoan North Korea and China. I do a little of that here, but tried to look beyond facile predictions that the US and China will fight in the South China Sea shortly. Asia is a pretty status quo place, so the only big ‘disruptors’ are the usual suspects – the Kim family of North Korea and Donald Trump. The Chinese and the Japanese aren’t really interested in rocking the boat much, so they’re barely mentioned, curiously enough. For example, the next time North Korea does something dumb, we can count on China saying that we should all calm down and maintain stability – in other words, do nothing. One thing I do wonder about is if the left wins the South Korean presidency this year, will it dramatically change South Korean foreign policy by accommodating (read: appeasing) North Korea?

Part 2, next week, will focus on South Korean security issues in the new year.

END_OF_DOCUMENT_TOKEN_TO_BE_REPLACED

This is the English-language version of an article I published this week with Newsweek Japan on ‘Choi-gate.’

This pre-dates the impeachment vote of yesterday, but the basic point still holds: the Korean public just gave the world a lesson in what democracy looks like. In the 8+ years I have lived here, this is its finest hour. Koreans should be proud of themselves for peaceful protests in the millions on behalf of clean and transparent government. It’s all the more impressive given that the US is about to install an authoritarian game-show host as president. Who ever thought the Koreans would teach the Americans what democracy is all about?

Yesterday, I told Bloomberg that corruption is now, very obviously, the most important domestic politics issue in Korea. Yes, it is still trumped by North Korea, but it is now painfully, painfully obvious that Korea needs much cleaner government. In fact, corruption is so bad, I am surprised that there is no Donald Trump figure entering Korean politics. Yet again, the Koreans prove themselves more democratically mature than Americans.

So yes, Korea’s political class is a corrupt, self-serving mess, but its public is not and that is vastly more important. For all their flim-flam about Dokdo, the curative powers of kimchi, the made-up anthropology of a ‘glorious 5000-year history,’ and all the rest, when it came to the big thing – clean, robust democracy – they got it right in a big way. Props to the Koreans.

The essay follows the jump.

END_OF_DOCUMENT_TOKEN_TO_BE_REPLACED

This is the English-language version of an article I published with Newsweek Japan last week.

Is anyone else, among readers living in Korea, amazed at how the coverage of this is now essentially non-stop? If you turn on any of the cable news stations here now, it’s Park Geun Hye all day all the time.

My big concern is that she stays on, perhaps surviving an impeachment vote or somehow or other lurching on into the spring next year, while facing regular demonstrations. How much longer will those protests say so peaceful? To date, they have been remarkably non-violent. But civil unrest is not hard to imagine if a hugely unpopular president stays in office for months and months with an approval rating around 4%. Even Park seemed to realize this when she gave that kinda-sorta resignation speech last Wednesday.

And the answer to the post title question is yes, in case you haven’t figure that out yet. Let’s just hope the Norks don’t pull some hijink while the ROKG is frozen like this. God forbid we have some executive-vs-legislative battle over who leads the response.

My previous writing on this scandal is here.

END_OF_DOCUMENT_TOKEN_TO_BE_REPLACED

This post is a local re-post of an article I wrote for The Diplomat earlier this month on the the Korean presidential scandal.

Honestly, the whole thing is so bizarre that I am at a loss for words. And the more information comes out, the weird it becomes. The only analogy I can think of for the extraordinary influence Choi Soon-Sil had over Park Geun Hye is Rasputin. I know that seems pretty extreme, but the more you read about it, the more that’s what it sounds like. Choi may have influenced areas as wide as Park’s North Korea policy and her wardrobe. There are even rumors that Choi’s gigilo was on the gravy train too. Yes, really; it’s that weird.

Anyway, Park’s presidency is now over, even if she manages to hang onto the office. She will get nothing ever again from the legislature. She will retain some authority of foreign and defense policy, but even that will be hemmed in. If she does anything controversial, she’ll be hammered for it. So good thing THAAD went through before this all exploded.

Can’t say I have a lot of sympathy for PGH. She ruled as an aloof aristocrat, and she treated the Korean media terribly. I think that’s why there is so little sympathy out there. If she had remembered she was a democratic president instead of a monarch, she might have had a reservoir of public good will to draw on. Alas, a lot Koreans think this is her come-uppance.

My full treatment of the scandal comes after the jump.

END_OF_DOCUMENT_TOKEN_TO_BE_REPLACED

I know what your thinking: there’s the president of a democracy standing next to three dictators, one of whom insists on dressing like Mao, watching Chinese soldiers goose-step like fascists. Yikes! I agree that the optics are terrible. (Quick quiz: who’s the ‘president for life’ in blue on the left? Here.)

But Park is flattering China like this is for a purpose – to isolate North Korea. So stop all your nattering about her clothes at this event (yes, I’ve heard that); that she is Xi’s ‘girlfriend;’ that she’s a ‘sinophile;’ that she’s drifting from the US or turned her back on her friends or democracy or whatever. None of that is true. All of that is speculative.

Instead, she’s hustling hard – 6 trips to China in 3 years – to convince China that South Korea is not an enemy and that China can therefore give up the North Korean buffer. How many times have you heard American analysts, in an attempt to get China to do more on North Korea, say, ‘the road to Pyongyang runs through Beijing’? Well, here are the South Koreans taking that to heart. If you think she’s dissing the US alliance, recall that the whole purpose of the US-SK alliance is North Korea. The US alliance is not an end in itself, no matter what neocons think.

China is North Korea’s last trap-door to escape the obvious inefficiencies of its economy. Without China, the perks of running North Korea – the cars, yachts, booze, trips to Hong Kong, girls, foreign education for your kids, and all the rest – disappear. Cut that Chinese umbilical cord, and North Korean resources will diminish dramatically. As the budget steadily shrinks, regime elites will turn on each other over a diminishing pie. The Songun bargain (my term) – struck by Kim Jong Il to keep the system rolling after the Cold War, in which the KPA generals do not overthrow the Kims in exchange for the cushy lifestyle – would collapse, because the lifestyle is impossible without some access to the outside world. And the only place North Korean elites can park their money, traffick their meth and missile parts, import skiing equipment (yes, really), and all the rest, is China.

If you can finally cut off North Korea from the world – no more hidden pipelines – then I’d bet the regime would collapse within a decade from elite infighting over the small domestic, not very cushy resource pie leftover (no more Hennessey!). After the jump is a reprint of an essay I wrote for the Lowy Institute making this argument at length.