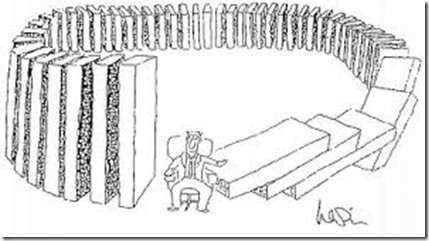 So this month for the Diplomat I wrote a speculative essay on US alliances in Asia – reposted below, original here. I think some people over-read it to mean that the US should leave Asia or that I endorse Chinese regional hegemony or whatever. I don’t. As I say in the piece, I still think the US presence is balance-positive, especially as China is moving from the ‘peaceful rise’ to capacious maritime claims off its east coast. Instead this was to be a thought experiment – an effort to tease out whether US regional alliances have negative impacts, given that almost all the discussion rather blithely assumes the opposite. I think the first possible downside suggested below – that China won’t cut North Korea loose until the US leaves Korea – is particularly strong and unsettling to the conventional wisdom. Ideally, this analysis would encourage thinking on mitigating these unintended side-effects.

Here is that essay. If you follow CSIS’ ‘PacNet’ series (which you should btw), a variant of this will come out there shortly:

“The conventional wisdom on US alliances in Asia, at least in the West, Japan, and Taiwan (but not necessarily in South Korea), is that they are broadly a good thing. One hears this pretty regularly from US officials and the vast network of US think-tanks and foundations like CSIS or AEI and their many doubles in Asia. US alliances, we are told, provide stability. They keep China from dominating the region. They hem in North Korea and defend the powerfully symbolic South Korean experiment in liberal democracy and capitalism. They prevent the nuclearization of South Korea and Japan and a spiraling regional arms race. In short, they re-assure.

The Chinese would almost certainly disagree with these attributions. They would say these ‘re-assurances’ are unnecessary. I have argued at the Diplomat before that Chinese hegemony is less likely than US and especially Japanese alarmism would have one think. Nor is it really clear that China intends to bully Asia like the Kaiser tried to in Europe (although it is looking ever more likely). So there is regional Asian pushback on US alliances.

But it is also true that US alliances in are rarely questioned by their own participants. We tend to assume these benefits – perhaps out of widespread strategic distrust of China – rather than prove them. And we also tend to overlook or downplay any negatives, unintended consequences and second order effects.

So to all the grad students reading this, here is a really good, politically incorrect research question – what are the second-order effects of US alliances (in Asia), and if they are costs, do they outweigh the first-order benefits? Measuring the possible negatives would be pretty hard, but then the positives listed above are also rarely measured. We just assume, for example, that the US presence halts a spiraling nuclear arms race in east Asia, even though that has not happened between India and Pakistan after they both went nuclear in the 1990s. Neither India nor Pakistan has a strong US alliance, nor are they governed as competently as most east Asian states, but that has not led to the widely feared nuclear spiral between them, suggesting that US reassurance might not actually be necessary for nuclear responsibility in Asia after all.

This research program strikes me as the sort of question that the think-tank consensus on US foreign policy could not digest without an intellectual meltdown. But it is clearly a logical possibility. Stephen Walt and many of others have argued, for example, that the closeness of the US-Israel alliance has all sorts of negative unintended consequences, like Muslim anger at the US in turn feeding sympathy for radicalism, and so on. So it is methodologically possible, however undesirable to US analysts, that similar negatives and false positives exist in Asia. Post-Iraq, it should no longer be taken as self-evident that a heavy US forward presence is obviously a good thing. Restraint does not equal decline, betraying allies, Munich 1938 all over again, and so on. But as the panicky, Obama-is-weak paranoia that followed Crimea illustrates, axiomatic hawkishness will be a hard habit to break.

I can think of at least four possible negatives, and these should actually be researched before they are simply dismissed by hawks as dove ‘isolationist’ propaganda or whatever:

1. US Forces in Korea (USFK) could be perpetuating the division of Korea now, because a) they are a critical prop in North Korean post-communist ideology without which the regime would struggle to explain privation to its people (Brian Meiers argues this a lot), and b) USFK’s presence deters China from cutting North Korea loose, as the Chinese scholars in my experience routinely say, and quite bluntly. Indeed, I have long thought that a good deal for Korea would be: the US agrees to leave permanently in exchange for China cutting North Korea loose thereby accelerating unification. A cut-off of Chinese aid would bring a huge crisis in the North and might well precipitate collapse and unification. A unified Korea could then ‘finlandize’ between the competing powers of its neighborhood, perhaps nuclearizing to insure that it becomes the Switzerland or Austria of east Asia. The US government might not like that outcome, but it is a petty good one for the Koreans, and a very good one for the long-suffering North Koreans. Remember that NATO was not supposed to station forces in the former German Democratic Republic in exchange for Moscow letting East Germany go (or so Mikhail Gorbachev has claimed; James Baker disputes this). But then the NATO moved east anyway, helping Vladimir Putin’s argument that the West is out to get Russia. The Chinese know this history and will not make the same mistake in Korea. The Chinese will not give up North Korea unless USFK leaves the peninsula, an uncomfortable point no one seems to want to admit.

2. The reassurance provided by USFK and USFJ (US Forces in Japan) freeze the Japanese-Korean conflict, encourage maximalist and zealots on both sides not to compromise, and give Japan regular political cover for not coming clean about its past imperial behavior. I have made this argument at length here and here.

3. The ‘pivot to Asia’ might very well precipitate the very cold war with China it is supposed to insure against. The evidence is actually mixed on how much east Asian states fear China, no matter how much westerners think China want to ‘rule the world’ and all that. It is important to not tumble unnecessarily into a conflict with China. There is a large debate over whether the US hawkish turn on the USSR with Harry Truman’s ascent to the presidency in April 1945 accelerated the collapse of the Big Three WWII alliance and helped start the Cold War. Similarly, the Kennedy brothers and Operation Mongoose certainly helped push Fidel Castro toward Moscow in the early 1960s. And the ‘recognition controversy’ debate on the foundation of communist China also suggests that America’s early Cold War insistence on reading any socialist/communist state as a tool of Joseph McCarty’s Moscow-run ‘international communist conspiracy’ prevented a basic modus vivendi with Mao Zedong for twenty years. The USSR might have collapsed earlier if the US been able to recruit China into anti-Soviet containment much earlier. In short, there is a fair amount of evidence/argument that forward, hawkish alliance building by the US helped ignite and/or worsen the Cold War. I worry a lot when I read things like this, that we will do the same with China. Hugh White is almost certainly right; the US needs to find a way to live with Chinese power – unless the US is prepared to seriously confront China in a major armed conflict which I highly doubt US public opinion would support.

4. US alliances almost certainly encourage allied free-riding, in both Asia and NATO, so unnecessarily driving up defense costs for US taxpayers. South Korea spends only 2.7% of GDP on defense, despite bordering North Korea. (Even the Chosun Ilbo seems to recognize that Korea is slacking.) Japan spends an astonishing 0.88% of GDP on defense despite Abe’s tough talk on China. These numbers are one reason my support for the pivot is so mixed. The pivot will almost certainly encourage Asian allies to continue to underspend on defense at American expense. But US defense spending is already in obvious competition with America’s aging population’s needs, massive infrastructure underinvestment, and the Tea Party’s insistence on smaller government.

Stack these possible costs against the possible benefits of the pivot, and it is not automatically obvious that US alliances are balance-positive. If I had to guess, I would say yes, primarily because of China’s recent shift away from ‘peaceful’ rise. (If China were smart, it would go back to the peaceful rise strategy that worked so well for decades and undercut US China hawks.) But the limited Indo-Pakistani nuclear arms race and enormous ability of South Korea to outspend North on defense, among other examples, suggest that US alliances may not in fact be doing what we think they are doing. Those benefits should be demonstrated, not just assumed under the simplistic guise of ‘internationalism’ against ‘isolationism.’”

5 thoughts on “My Diplomat Essay for April: Unintended Consequences of US Alliances in Asia”