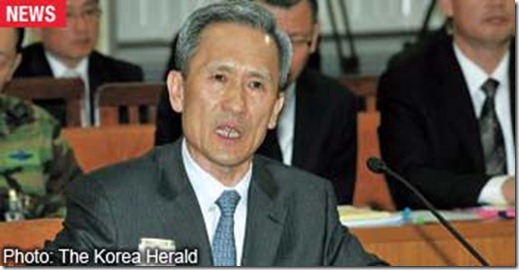 UPDATE: I’ve been commissioned by the Korean National Defense University to draft an initial assessment of the Yeonpeyong incident and possible options. I would welcome serious reader responses to the whole mess. My previous writings on it are here, here, here and here, plus below. My sense broadly is that there are no good short-term options (see below), and that, because of extreme population vulnerability and public disinterest, SK must suffer these sorts of humiliations until it seriously reconfigures local defense around throttling NK in a long-grind Cold War-style stalemate (“hanging tough” in Gaddis’s famous expression). That means decentralization, bigger defense budgets; lots of investment in command-and-control, intelligence (including satellites), and the networked battlefield; and far greater domestic popular commitment to a long-term victory over NK in place of the current, tacit acceptance of the status quo. To my left, I reject accepting the status quo as immoral, because it dooms the long-suffering North Koreans to perpetual brutalization, and to my right, well, God forbid this sort of outburst become policy…

UPDATE II: Contrary to my argument below (point 4), there is data to suggest that South Korean more broadly want counter-strikes. But the title of that article is more aggressive than the actual report, so read it carefully. Nor is it clear to me that South Koreans would support the escalation spiral that might ensure; i.e., if NK hits, and SK then hits back harder, and then NK hits back harder still, then should SK keep going? Fire and counter-fire in a limited time and space (like Yeonpyeong, which counter-shelling I supported), is different from the likely degenerative spiral that would ensue with airstrikes and some of the tougher countermeasures under discussion.

I got a number of comments and emails asking for my opinion on the new SK rules of engagement (RoE) post-Yeonpyeong.  I got some criticism for being too sanguine and dismissive of the whole thing. The new rules are emerging now; the new defense minister is in-post now only one week. For some early write-ups on the new rules, try here, here, and here. For a discussion of the RoE on Yellow Sea naval clashes, try here. I’ve also caught some of the debate on TV. In general, the drift seems to be to lower the threshold for permitting counterfire (less NK aggression necessary before return-fire is permitted), enhance the amount of force used in counterfire (beyond proportionality), permit greater on-site commander authority to shoot back, open up strike-back packages to include NK targets beyond the immediate crisis zone, and use air power.

My initial response is that all this is too risky, particularly in combination (Yeonpyeong local commanders calling for airstrikes on the NK mainland, anyone?).  It brings SK closer to war the next time a provocation happens, which it most certainly will. NK is dependent on military bravado as a legitimation in its ‘military-first’ polity. Expanding tit-for-tat combat beyond the immediate crisis time and space risks challenging the ‘manhood’ of the North Korean People’s Army (KPA) in a system where that is absolutely central for regime identity. Openly challenging the KPA over its ability to defend the North is tantamount to asking for them to hit-back, and yet harder. Strike-backs also reinforce the regime ideology, which is dependent on the domestic perception of SK as major national security threat. SK responses, however justified, feed this last remaining ideological prop of the regime. Finally, SK is so vulnerable to an escalating tit-for-tat spiral of strike and counter-strike, that I just don’t think it is worth the risk, even if it is humiliating. Restraint not only demonstrates SK’s seriousness to the rest of the world, especially China, but is, quite honestly, more in SK’s medium-term national interests than the short-term ideological satisfactions of shooting back.

1. I have discussed in detail elsewhere the extreme vulnerability of SK’s population centers to NK. As such, if loosened RoE lead to a serious, degenerative spiral (escalating strike and counter-strikes) pushing toward war, the likelihood of disaster for the South is huge. If SK can move some of its population away from the DMZ, so that likely civilian casualties from a serious flare-up diminish, then I would consider looser RoE. But SK has painted itself into this corner by allowing so many people to live so close to NK. Almost any national humiliation like the Cheonan or Yeonpyeong is preferable now to risking hundreds of thousands of lives in a NK shelling of Kyeonggi province.

2. NK faces a permanent legitimacy crisis. During the Cold War, Korea’s division could be explained, like Germany’s, by competing visions of economic justice (socialism vs capitalism). And indeed, I believe Kim Il-Sung actually believed in socialism. But the son clearly does not; the Cold War is over; East Germany is gone. Hence the only possible justification for the existence of separate, poorer, unhappier, unhealthier NK is that SK is a revanchist puppet of the imperialist US. This is why NK gins up these sorts of incidents to begin with; the regime existentially requires tension with SK. So if the looser RoE bring expanded attacks, or even bombing, with its instant memories of devastating US airpower from the war, then you just play into the regime’s hands. You give it yet more reason to explain itself to (and clamp down on) its otherwise disconsolate citizenry. In short, restraint is the best long-term answer in the ideological stalemate.

3. NK’s regime ideology against the Southern and American aggressors is now the ‘military-first’ policy, in which NK is reconceived as a ‘national defense state.’ Socialism went out the door in the 1990s constitutional revisions; it was a deadletter anyway with the end of the Cold War. In this increasingly militarized system, military prowess (real or manufactured) is legitimation for rule in politics. Hence, the wide belief among analysts, that the Cheonan and Yeonpyeong incidents were to burnish the empty CV of the next Kim, Jong-un. If we accept this hyper-militarization, then any tit-for-tat sequence from looser RoE would generate enormous ideological and bureaucratic pressure in the North for escalating ‘tats.’ The KPA, to justify its dominance and generous budgetary privileges, requires ‘victory’ in these sorts of flare-ups. It is highly unlikely to turn-away from a fight, instead hitting back each time, and probably harder too. In short, I gravely doubt that NK has the ability to control a serious tit-for-tat spiral. The outcome is a much greater likelihood of war.

4. Do South Koreans even support these loose RoE? The media line seems to be that South Koreans are ‘outraged’ that the military can’t seem to protect SK. Ok, but please show me the public opinion data that says that South Koreans therefore endorse more aggressive escalatory responses, including the hugely risky proposal for airstrikes. The two don’t necessarily connect. A few angry older Koreans demonstrating in Seoul, while enough to convince the neo-cons, is hardly a show of support for the new risks Minister Kim wants. In my own dealings with Koreans at work and in private, I see a lot of fear and concern about where this is going. Myers calls the SK electorate ‘pacificist,’ and that is my experience too.

5. The looser RoEs create more possibilities for accidents that could spin out of control, and then events, not policy, would drive, further escalation. Remember that the everyone was terrified in the Cuban Missile Crisis that local Soviet commanders in Cuba might have authority to use battlefield nuclear weapons (they did, in fact), or that local commanders might slip the noose and force one side’s hand by a provocation, as almost happened when the Cubans shot down an American U2 on October 27, 1962. We assume and hope that SK’s new expanded counter-force would be both limited and decisive in order to halt escalation, but what if it isn’t? What if one of those ‘amazing’ F-15Ks gets shot down? Then we have SK pilots behind enemy lines on the run, sure to be executed if they get caught. This would create yet further pressure for escalation. Or what if a local commander with new counter-fire authority shoots back at mainland NK with artillery and kills civilians by accident (SK artillery fire wasn’t that accurate in the Yeonpyeong incident)? Then what? You’ve given NK yet another excuse for its very existence (bloodthirsty SKs), as well as justification for them to shoot back yet again.

6. Another provocation is almost certain, so looser RoEs are basically a prediction of the future. It is almost certain NK will do something dangerous yet again. Per point 3 above, tension with the South is ideologically required, so try to imagine NK sinking a SK fishing boat in the Yellow Sea in the next few years. I dare say when the current unhappiness passes, South Koreans will think twice about whether they think airstrikes and all the ‘kinetic’ risks thereby entailed are really worth it. Honestly, the answer is no. That is why this time too, for all the unhappiness, there is no summer 1914 war fever here. It is just too risky, far too risky, in fact to challenge NK into some kind of Cuban Missile Crisis style stand-off. Until SK reconfigures itself to win a long-term stalemate through a major military build-up, then it will be very vulnerable to Northern asymmetric strikes and, ultimately, wisely, too fearful to respond. It may seem ‘wimpy’ to neocons Iraq warriors in DC think-tanks, but it is the smart thing to do. The risks are just too great.