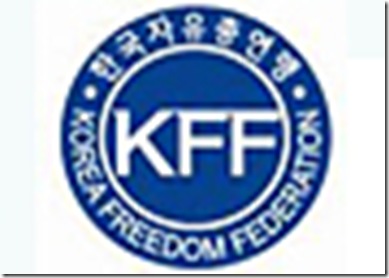 So last week, I went off to speak at a soft right-wing regional INGO in Asia. The World League for Freedom and Democracy gave me seven minutes to summarize major successes and threats to global security. You gotta love conference organizers for such hurculean demands, especially in the afternoon panels when everyone’s sleepy from lunch and the weak A/C. So here goes:

1. The Long Peace. We are now in the 65th year of systemic peace, ie, no general war that pulls in all the main global players into an ‘us-vs-them’ planetary bloodbath. No one really expected this in 40s and 50s. Everyone thought another war – most likely between the US and USSR – would happen rather soon. The depressing familiarity of inter-state war showed no signs of abating. Consider the following missing wars (from the perspective of 1950): US-USSR, US-China, USSR-China, Germany-France, Germany-Russia, Japan-China. Anyone of these would have been a reasonable prediction in 1950 for the next 60 years. Yes, things like Rwanda or Bosnia were brutal, but there were ‘better’ than WWII with its 70 M casualties.

2. Nuclear Pacification. Here again is something wholly unanticipated in the early Cold War when ‘the bomb’ lead to paranoia from Bertrand Russell and Stanley Kubrick about the end of civilization. In fact, quite the opposite has happened. Nukes have had a wholly unanticipated pacifying, status-quo preserving effect. Instead of Mad Max (love the shoulder pads), we got the Nuclear Peace. Why? Because nukes make the costs of war extraordinarily high. There is no possible benefit to be gotten from invading someone else that would outweigh just a few nuclear detonations in your cities (although one or two might be acceptable). In other words, nukes drive up the cost side of the cost-benefit war ledger so high, that it no longer pays to war.

3. Democratic Peace. Here is yet another wholly unanticipated outcome. Policy-makers only lately picked up on this, and it underlay W’s argument for the ‘regime change’ in the Middle East. But it is a pretty robust finding now that democracies don’t war on each other. This is generally thought because liberals don’t believe in using war against other liberals (the normative explanation). Or because democracies’ institutions are slow to war and very transparent, so it is much easier for democracies to credibly manage security problems between each other (the institutional argument). This idea also underlay Clinton’s argument for slowly expanding the ‘democratic zone’ of the world. (It’s too bad that Clinton’s idea got tied to W’s ‘democratization by force,’ because I think it should be western strategy to slowly widen the democratic space in the world.)

4. We’re winning the GWoT, slowly. For as difficult and controversial as the war formally known as the GWoT is, I do think we are winning. Consider the following non-events: There has not been another 9/11 scale attack. There has been no WMD attack. (Given what we thought in 2002, Madrid 2004 should have been a gas or radiological attack, but it wasn’t.) Islamism has not spread to Southeast Asian Islam, a hugely underremarked success of the GWoT. Iraq has not turned into the Democratic Republic of the Congo (which we all feared in, say, 2005). Consider the following progress: Middle Eastern states have slowly begun to turn against the radicals. In the past, these guys were seen as useful ways to hit back at the West, modernity, capitalism, etc., but this tiger has increasingly turned on its master too. Egypt, Saudi Arabia, and Pakistan have all begun to realize what happens if you look the other way on the salafis. Iran is now the primary sponsor of the ideology, but this is awkward alliance of convenience, because your standard issue binladenist is a Sunnite reactionary, who thinks that the Shiites are schismatics who should face the inquisition.

5. East Asia is its most peaceful since the Opium Wars (1839-41). The arrival of western power in Asia brought all sorts of trouble. It ended the Confucian peace, and deeply divided Asians against themselves. It introduced ‘Westphalian’ sovereignty and decentered the traditional Chinese order. Most importantly, it opened the door for Japanese revisionism and Russian meddling. China was lain prostrate and the land/privileges grab began. The next century and a half was brutal. Japan and China competed viciously. The Japanese committed biological atrocities on Chinese civilians. Mao oversaw 25 million deaths and decades of chaos and self-destruction. Nuclear weapons were used. The Khmer Rouge killed 1/3 of Cambodia’s population. Yet today, most of this has faded. NK is still a huge threat, and Asian nationalism is deep, exclusivist, and sometimes racist. But the traditional Sino-Japanese competition is the coolest it has been in a long time. Both basically accept Korean independence, a huge tension-reducer. The worst excesses in SE Asia of the 60s and 70s are over. China and Taiwan are getting along reasonably well. Consider that in 1950, it would have been another easy prediction to foresee in Chinese invasion of Taiwan in the next 60 years. But it hasn’t happened. Democracies in the regions (India, Japan, SK, Taiwan) are strong and lasting. Democracy can no longer be castigated as a white or western import (as it can be in the ME).

So despite the GWoT and the continuing dysfunction in the Middle East and Africa particularly, I think one can say the world is slowing becoming a safer, less violent place, certainly by the benchmarks of 1945 or 1990.

3 thoughts on “Global Security in 7 Minutes! (1. The World is Getting Safer)”