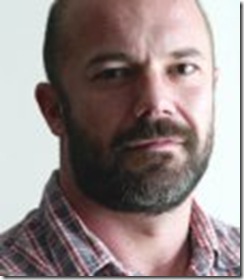 In the last few weeks, the literary editor of the New Republic, Leon Wieseltier, accused Andrew Sullivan of being an anti-Semite for his changing, increasingly tough views on Israel. For original post, go here; for Sullivan’s response, here; Greenwald, as usual, gave the most insightful read of the whole thing. Also, Cole, Chait, and Mead.

1. My sense of Sullivan’s work – from reading his blog irregularly, his essays at the Atlantic, and his book Conservative Soul – is that the charge is ridiculous. Sullivan is as thoughtful a writer as they come. I can’t think of anyone who has so openly showed, through his blog, the humanist thinking process day-by-day. Unlike academics who strive to present iron-clad work as if they’d thought of every angle, Sullivan has basically thrown open his brain so the whole world can watch him think. He routinely retracts, modifies, and apologizes when he makes mistakes or reconsiders. In this way, he is wonderfully honest – head and shoulders above the partisan hackery of most of American punditry. The blog is essentially the organic thinking process of classical liberal, with a touch of conservative sadness, muddling through tough questions, as we all do, only for the whole world to watch in print. It is a fascinating process, occasionally mundane or humorous, frequently engaging, but prejudiced? Hardly. That violates the very spirit of thinking-out-loud behind his blog that has made it so popular.

2. Wieseltier’s piece is pretty shoddy. It is a collection of extrapolations, slippery allegations, and ad hominem shots. Name-dropping Niebuhr and Auden was pretentious and served no point. I would not have accepted this from a graduate student. You can’t write this way unless you have an assured platform. Wieseltier is a like PhD who just got tenure – ‘now I’ll say anything  I want.’ If he weren’t an editor of one the best intellectual-policy magazines in the US, no one would have read this essay. It is telling that most of the debate has either sided openly with Sullivan or suggested that Wieseltier overreached or overreacted.

3. The real story, as Greenwald and Walt have also suggested, is the growing panic of Israel’s deep supporters in the US. The ground is shifting against Israel, particularly because of its continuing hard-right insistence on retaining the West Bank. The current prime minister, B Netanyahu, has clearly deepened the rift with the US by his open recalcitrance on the settlements. Much of the credit for this shift on Israel is due to Walt and Mearsheimer’s book and the subsequent flood of discussion it unleashed and legitimized. (They too enjoyed the institutional power of saying whatever they want; tenure in top 10 schools gives you that kind of space.) Walt’s blogging, relentless, measured and intelligent, has kept up the pressure. Increasingly it has become clear that the biggest obstacle for peace is now the Israeli religious right, not Hamas or Hezbollah. The fundamentalist-zionist Orthodox have now pulled Israel’s otherwise modern, liberal population into a semi-imperialist venture that increasingly smacks of permanent apartheid for the Palestinians. There is simply no way the US can support this; Israel’s friends in the US know this, and they are panicking. The consensus of elite opinion on Israel is swinging against them, and anti-semitism charges against the likes of Jimmy Carter, Walt, Mearsheimer, and now Sullivan, tells you more about the changing American debate on Israel, than it does about these writers.

3. I find the charge of anti-semitism thrown at intelligent writers like these inappropriate, because it is a prejudice we associate with crass, vulgar, unrefined thinking. That is, we assume the racism and other bigotry reflects a lack of thoughtful thoroughness. So ‘X is an islamophobe after 9/11, because he has no idea about Islam, but still makes snap judgments based on minimal information.’ Yet clearly, Sullivan, Walt and the rest do in fact know a great deal about Israel, Judaism, and the associated issues. They have a long, substantial body of work over many years demonstrating, rich nuanced thinking on all sorts of topics. Their work, not just on Israel, but on lots of topics, is not a collection of from-the-hip prejudice, but usually pretty well-thought out. That’s why people read them to begin with. (Remember that Mein Kampf was a publishing failure originally; before reading it was coerced, the normal German saw right through it for the bigotry and poor thinking it was.)

Certainly ‘smart’ people can be racist or anti-semitic, but I bet the proportion is lower. Why? Presumably, all the reading, traveling, and reflection we associate with intelligence leaves some sort of intellectual mark. This is why we send our children to school to begin with. Presumably it humanizes the thinker to the circumstances of other people, encourages one to try to see the world through others’ eyes, and expands one’s sense of self. Consider Walt. He is the chairman of the finest political science program on the planet. Do you really believe the people who vetted him throughout the long institutional path to this height somehow missed his latent anti-semitism? Hundreds, maybe thousands, of professors, students, and administrators somehow missed this roaring prejudice? Is it possible? Sure. Probable? That question answers itself. So leave the racism charges for uneducated boors like Timothy McVeigh; it’s just a gimmick to stifle debate of things you don’t like.

5 thoughts on “‘Andrew Sullivan is an Anti-Semite,’ or the Israel Lobby is in a Panic”