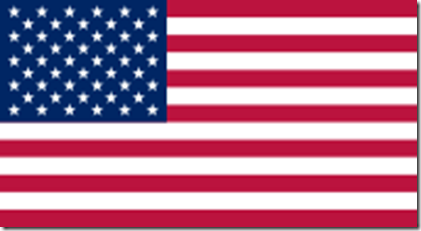 One of the reasons I started a blog was because I get pulled into some excellent email chains that deserve to see the light of day. Here is a nice debate between me and a good friend (whose IR background is more law; mine is security and political economy). He thinks the costs of US empire’/dominance/unipolarity are too high to the US, and that we should start pushing burdens onto the allies more – an idea as old as the Nixon Doctrine. I agree in principle, but in practice, the allies won’t do it, the world will slide into multipolarity, and become more dangerous I think.

An Empire At Risk. I share all of Niall Ferguson’s concerns, but he is focused, at least in this article, on a military decline as the ultimate effect of our profligate ways.  I say – so what?  I would like to see a US that spends less on the military and is less focused on policing the world. Let’s hear it for Germany, Sweden, Norway, Japan, etc. – countries that direct their resources toward their people and not an extravagant defense establishment and adventurism. In the world today, the US has had to invent a global enemy – ‘terrorism’ or a boogie man China – to justify its fantastically large military. Security today is not as the Neo-Realists traditionally portray. The great powers are not likely to return to the days of the 1930s any time soon.

Ferguson is always a good read, although ten years ago he said the US was the “colossus” bestriding the world as the new Rome. That didn’t work out too well…

You’re right that the US military needs to go on a diet. After 9/11, the military got everything they wanted including lots of c— we don’t need (F-22s, missile defense, Future Combat System). But the larger point is correct. The ultimate backstop of the liberal global economy is the US military. The more powerful the US is, the less it makes sense to compete against it. Unipolarity encourages bandwagoning and hedging at worst, not open balancing. If the French, Russians and Chinese get their wish for multipolarity, watch security dilemmas in places like northeast Asia, the Middle East, and Central Asia move into defection spirals of arms-racing. Unipolarity correlates well with systemic peace, and a liberal unipole is even better. Switzerland can claim the moral highground of neutralism and abdication, and no one cares. If the US does it, the world will change.

We have two basic disagreements.  First, I don’t share your concern about SD and spiraling arms races.  I am a believer in Jervis’ security community, though there are areas outside of it, a great power war is highly unlikely. Peripheral wars have gone on, are going on now  – even with ‘unipolarity’ – and will go on regardless of US military might. Moreover, it is rather speculative that US unipolarity will prevent the consequences you describe as the number of cases of unipolarity is quite small.

Regardless, and second, the problem with maintaining unipolarity is someone has to pay for it.  Why is it the burden of US citizens to maintain this blessed (if often fractured) liberal economic world order of peace and prosperity?  The British are sending an extra 500 troops to Afghanistan and they are one of the better allies there. Everyone knows the current US fiscal deficit is unstainable so, to fund unipolarity, Americans must give up public health insurance, infrastructure investment, and basic government funded research, fight inflation, suffer a depreciating dollar, yada yada, while the rest of the developed world has social safety nets and high-speed trains. If the world becomes more complicated without US unipolarity, if other liberal, peace-loving democracies must step up in a multipolar world, that’s fine. Americans deserve to have their wealth spent on their needs (cancer research comes to mind. Cancer touches everyone of us and will probably kill you and me. Compare what has been spent on that to just one year of defense spending – it’s shocking).

1. You don’t think that the regional security dilemmas in places like Northeast Asia or the Middle East would inflame if the US retrenched? I can’t agree. If the US leaves the ME, Israel and Iran will be at blows. In Asia, China and Japan, and India and Pakistan and China would start racing furiously. I think even the Chinese think so, judging by what I have heard from Chinese scholars at conferences out here. Unipolarity has strong causal effects for peace.

2. Here I agree with you partially. But the US DID afford hegemony for awhile. Not even Vietnam broke US power: https://asiansecurityblog.wordpress.com/2009/04/09/careful-with-that-decline-of-the-west-riff-weve-heard-it-before/. In fact, under Clinton, the budget was balanced, the debt was declining, the US was respected, and our foreign policy requirements were reasonable. Sullivan called the 1990s a ‘silver age’ for the US in his book the Conservative Soul. The real problem is that Bush misread unipolarity as omnipotence. Bush and his buddies wrecked US power through conscious choice. It was not the structure of unipolarity itself that bankrupted the US; it was W. Try here.

I don’t believe in US isolationism.  Of course, complete disengagement from Asia and the ME would be destabilizing.   Multipolarity is not isolationism. The US should remain a balancer and diplomatic force.

But, I don’t think NE Asia countries would race furiously even with a large US draw down.  I think here we differ because my view is more informed by commercial liberalism and the waning of war among developed countries as a cost-effective or even plausible solution to problems (constructivism).  Though it doesn’t surprise me that Chinese scholars would promote the idea of a spiraling arms race and war if the US draws down – of course the party line is let the US carry our security water while we build our economy.  There view is that the US presence makes every feel OK while China grows.

Sub-Asia and the ME are different, I agree.

As I mentioned, there are areas outside of the ‘security community,’  but I am not that concerned about arms races there.  India and Pakistan have been racing and warring for years and the world survived without a great power holocaust. Nuclear weapons provide a certain stability there, as does US even- handedness in arms sales to Pakistan and India. Stability can also come from balancing.

The ME also has a long history of localized arms races and wars and while it has been tense and economically destabilizing at times, we have managed (until recently) without US  military entrenchment there.  The US has balanced through its support of Israel and relationships with ‘moderate’ ME powers.  The prospect of a war in the middle east are less than they ever were (unless the governments of moderate powers topple to extremists) and that is largely because of war exhaustion and peace efforts going back to camp David. Iran is a problem but do you really think a middle east war will result?

I know the world is a dangerous place but I not worried about regional powers balancing themselves – I prefer it because of cost issues for the US. The US should remain engaged and a balancer but not the balancer. If wars break out, that is bad but it’s not like the last 20 years of US unipolarity have been peace and prosperity.  Before Iraq and Afghanistan, there were the Balkans.

I can only say here that today is not the 1960s or even the 1990s.  You know that US economic preeminence, allowing it to afford lots of guns and butter, was an a rare confluence of factors. Those factors have largely receded and are rapidly diminishing.  The 1990s was an economic bubble as we learned in 2000.  Moreover, your domestic agenda (and maybe Sllivan’s) is apparently smaller than mine.  Clinton may have balanced the budget  but he didn’t deliver health care, infrastructure investment, ya da ya da.  (In fact, Clinton, for all his talents and opportunities, was a waste of space.)  So, I don’t view the 1990s as an example of our ability to do it all.  The 1960s is a better case but not a realistic one today. The price of unipolarity: http://www.msnbc.msn.com/id/34263381/ns/us_news-life.”

14 thoughts on “Is American Global Primacy Just Too Expensive?”