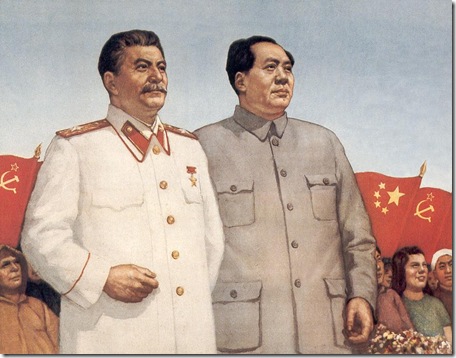 In myriad ways, living and working outside your own country helps you see things you never would at home. I teach American Government and American Foreign Policy at PNU, and the questions I get asked are frequently astonishingly naive or extremely creative. On the naive side, students frequently ask me about CIA plots to run the the Middle East or tell me about the JFK conspiracy. On the insightful side, they frequently bristle at the self-justifying language of US foreign policy. When I tell my American students about American exceptionalism, they love it. US students swoon when they learn that John Winthorp called the US ‘the city on the hill,’ or Abraham Lincoln said we were ‘the last, best hope for mankind.’ At best, I get some smirks and sheepishness about how purple and immodest US self-justifying rhetoric can be. (Read W’s second inaugural for your most recent, ‘God-has-a-special-mission-for-America’ hyperbole infusion.) So my average American student carries the US belief in the righteousness of US power acting in the world. Foreigners, on the other hand, go ballistic when you talk like this. When I explain how Americans talk about their own foreign policy, they laugh, smile, and roll their eyes. To them, American exceptionalism smacks of arrogance, imperialism, hubris, etc.

On of my favorite moments is teaching Eurasians about the US view of Eurasia as a sinkhole of US power and the spawning ground of world-breaking fanaticisms that ultimately Americans are tasked to destroy. Eurasians are generally convinced of their cultural superiority to Americans, so they are pretty shocked when they hear that US foreign policy sees the Old World as the land of the Kaiser, Stalin, bin Laden, etc. Whether living in Germany or Korea, one trope I have heard again and again in the 6 years I have lived in Eurasia is how young the US is, how primitive and shallow we are, how we have no culture, no deep traditions, watch too much TV, can’t write poetry, etc. This is old news though; any US expat has heard this for years. And there is some truth to it. The US has no author who has scaled the heights of Tolstoy, Dante, or Shakespeare. We have no architecture to rival the Forbidden Palace or Saint Peter’s. American philosophy, until recently, was a pale reflection of the long, rich traditions of, say, Germany or Confucianism.

But turn-around is always fun, and Eurasians are stunned when I tell them how dysfunctional Americans find their politics. If Eurasia is the font of world culture, it is also the breeding ground for the world’s most bloodthirsty ideologies and ideologues. Hah! That is always good for a laugh, as my non-American students look up in amazement.

The US view of Eurasia is that we should stay out of its entangling alliances, but unfortunately, we get pulled in when Eurasia’s pathologies attack us (the Lusitania, Pearl Harbor, 9/11). Put another way, if Eurasians want to kill each other in huge wars, the US attitude is ‘fine, it’s not our show, we’ll sit it out and get more powerful as you destroy yourselves.’ But since the 20th C, Eurasia’s psychotics have a growing taste for attacking the US. So increasingly the US attitude toward Eurasia is a paternalistic one: they can’t run their own house without slaughtering each other over religion, ideology, territory, etc., so we must order their affairs for them. If we don’t stay in Europe and Asia, eventually their paranoias (communism, fascism, Islamism, etc.) will metastasize and attack the US. When my foreign students tell me the US is arrogant, I tell them to try to see the world the way the US does. The long American foreign policy tradition toward Eurasia is isolationism and offshore balancing– stay out of its wars; intervene only if one power is on the cusp of controlling all of Eurasia (Nazi Germany, USSR). But now, the wars are brought to us, so we feel we must intervene.

My Eurasian students have never even thought this way, so I like to provide a list of the various ideological sociopaths Eurasia has given the world – just in the 20th Century.

11 thoughts on “Top 10 Eurasian Sociopaths of the 20th Century”